I, personally, do NOT have a problem with Roundup. We have used Roundup all of our married life when push comes to shove with testy and stubborn weeds.

Some people do have a problem with Roundup and they will go out of their way to try shame everyone else into their lemming rush over the edge.

Aside from the video posted - which I basically posted just for the visual aspect of the use/effect this fella highlights, I just want to confirm from personal experience that Roundup zaps things and KEEPS it zapped. I already know this, but dimwitted people (eco-freaks that put a lot of time into aimless and tiring repeat procedures) need to be told again, and again, and again.

Vinegar is a short term solution to a long term issue: choose wisely. I am a wise woman; I am also a very frugal woman. wasting $$$ again, and again, and again ... doesn't make sense to me.

Which is bad for my weak lungs.

I went for a walk around the Park the other day, and passed a house where they had used the vinegar-salt weed "kill" solution ... and WOW! The odor immediately seared my lungs, watered my eyes and I walked quite a bit quicker (I already run when I walk, so I was in turbo speed). When I did my 2nd lap ... the odor was still just as strong. I had to utilize my Ventolin Inhaler ... and you all know how much I hate that thing.

Vinegar in the amount it takes to TEMPORARILY burn the hell out of the leafy part of the weeds, is toxic to me.

So, I will continue to use Roundup - yes, it stinks too; but only during application; and that fades in about 5 minutes time. MPO

And it just plain makes me shake my head when the people shouting from the roof tops against Roundup (((PIOSON!))) poison their bodies with what they smoke, eat, drink, and physically do. It's crazy talk, from what appears to me to be crazy people. 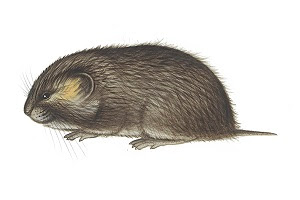 Vinegar concentrations strong enough to be effective against anything but the youngest, most tender weeds, is no longer a food product but an herbicide called horticultural vinegar and not so friendly. In vinegar concentrations this strong, vinegar becomes hazardous and can cause environmental damage. Vinegar is a contact, or 'burn-down' herbicide; killing what it touches within hours or days. But that kill-off is misleading because the truth of the matter is that while it LOOKS LIKE it is {working} to get rid of the weeds, the weeds will eventually grow back from the root stock. So the application was pretty much worthless. Unless, those making the application enjoy wasting time, money, and making a real impact of weed eradication.

Wildlife, taking refuge in the weeds – such as toads or salamanders - can also be damaged or outright killed.

Just because something is touted as ‘organic’ does not necessarily mean it is safe to humans, wildlife, or the environment.