We made a scarecrow this afternoon, and since the only cast off clothing we had that was light weight enough to work with was a pair of toddler sized outgrown pajamas … and they are supposed to glow in the dark, so we went with those ;-)

And I wanted to keep it light enough to flutter in the breeze, so I cut the legs nearly to the crotch, and the sleeve sleeves nearly to the armhole – and I “stuffed” the body with paper plates stapled together and formed body-like with plastic plant ties. 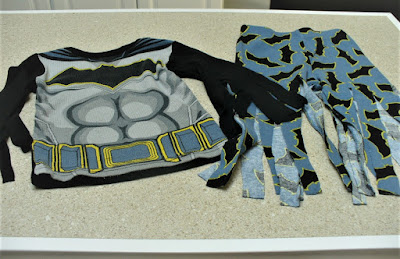 Batman PJ's chosen and cut to catch the breeze 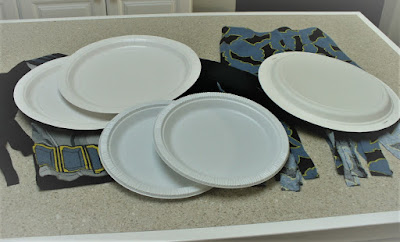 Paper plates to use for body and head 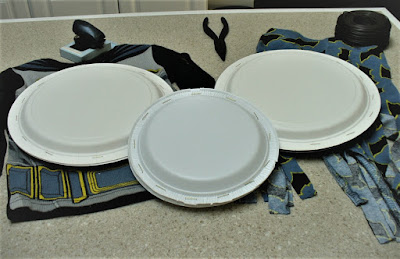 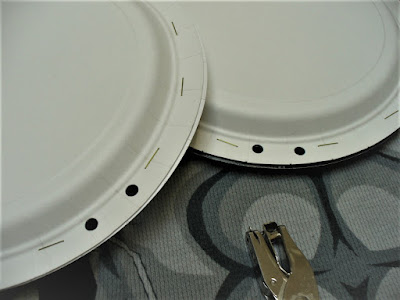 Holes punched in strategic places for joining together to form body 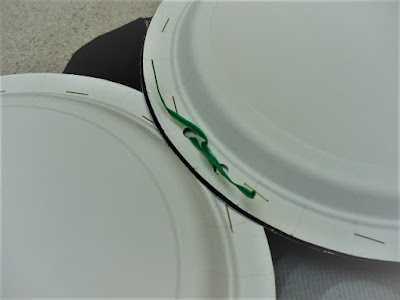 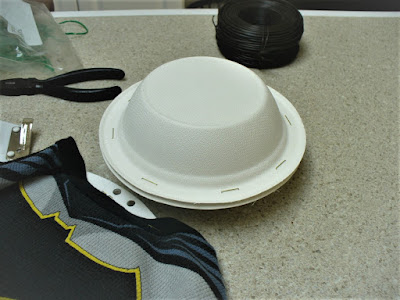 Plastic plate 'head pieces' did not stand up to hole punch, so we decided to staple paper bowls together instead for the head

Then I added facial detail, Hubs made the hanging apparatus, and the scarecrow was hoisted and set to catch the breeze – which it promptly did; LOL! 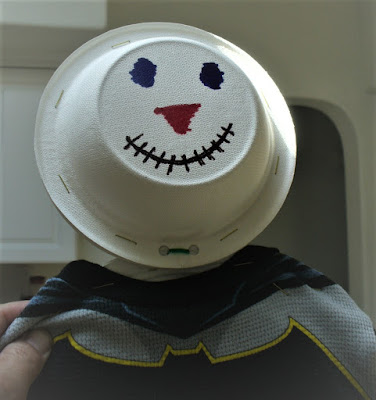 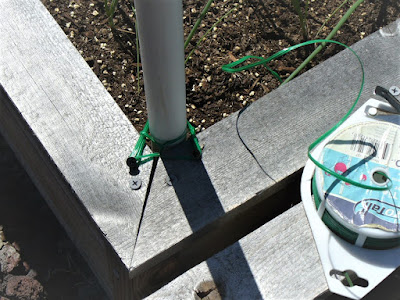 PVC pipe to hang scarecrow from secured to veggie box 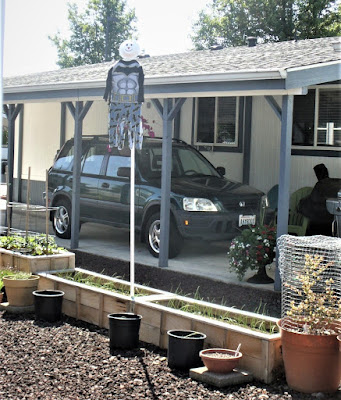 “Voilà!” (vwah-lah); our PJ Scarecrow is complete and doing his job keeping crows at bay and guarding our border line :-D

I also found this heart-shaped stone by the rain barrel, and felt it to be a token of significance :-D 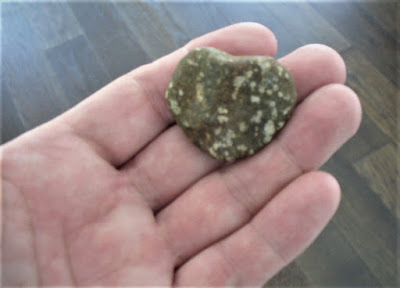 Heart shaped rock found by the rain barrel. Finding one is like a hug from Elohei - this is my second heart rock found randomly: this one here, and the other found along a river beach I was walking 15 years ago.