The 1st week we were all suffering some sort of summertime cold, so just laid around the house and did as little as possible; and we even managed to take a “fresh air day” outdoors when the temperature spiked and we felt energized enough to enjoy an outing to Willow Grove Beach.

The 2nd week we spent a LOT of time snoozing and rebuilding our strength which was returning slowly, but steadily.

And this past weekend we felt up to an invigorating road trip for a change of scenery and fresh alpine air. Saturday was bright and sunny around 9 a.m. and I thought a drive to Tipso Lake in Cayuse Pass would be fun; but once we got there we saw detour signs telling us that the Pass was closed due to wildfires. Well darn >:-P So we changed course and thought perhaps a scenic drive up Sunrise Trail on the backside of Mt. Rainer past Cayuse Pass would be fun too … so off we drove happily anticipating our rebound adventure – and were sharply disappointed to find a freeway worthy traffic jam at the base of Sunset Trail. After waiting half an hour as traffic crawled one car at a time every 15 minutes, we pulled a U-turn and decided to enjoy the Sunrise Trail another day. The last option to salvage something of our unplanned road trip was a visit to Box Canyon in Mt. Rainer National Park, but when we arrived at the Toll Booth, the entrance to Mt. Rainer Park where Box Canyon is located was jammed bumper to bumper with cars too; but we’d come this far after a 3 hour drive one way, and were determined to see SOMETHING and have an adventure SOMEWHERE around this mountain; I love Box Canyon anyway, and even though it was not where we had planned to be when we left home, it was enjoyable just the same: 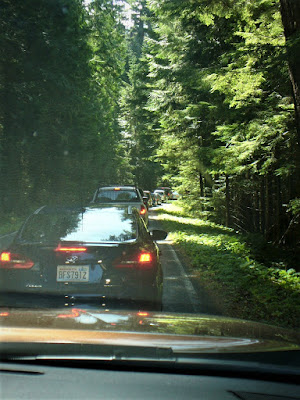 AUGUST 19th. Cayuse Pass was closed due to fires, so Tipso Lake was not visited. Tried for Sunrise Trail and was not able to make that either because of heavy traffic. 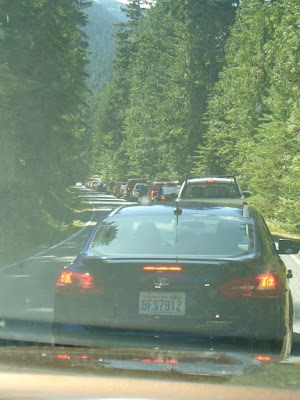 AUGUST 19th. This is crazy! We visit this mountain every year (several times a year) and have NEVER seen such a long line here; there were so many cars above that the Lodge staff were turning cars away because the parking lot is stuffed. We left for Box Canyon. 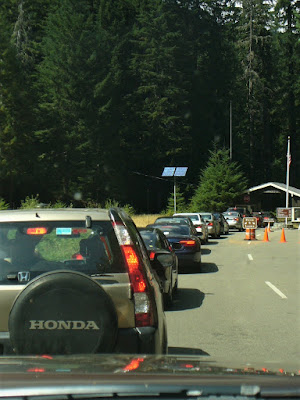 AUGUST 19th. Unbelieveable. The traffic jams at every point are ridiculous. It has got to be the influx overflow from the out-of-state-lookeylou's flooding our State to view the eclipse Monday. Also saw on the message board that Lifetime Senior Passes will now cost $10 whereas they were FREE until recently. Hubs has a free card, I will have to pay for mine 18 months from now - I just hope they do not go up in price between now and then ... 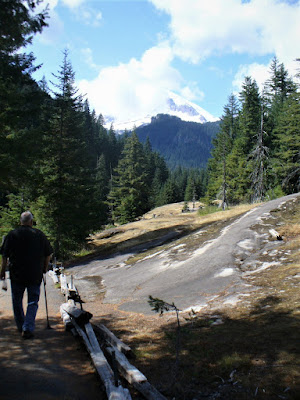 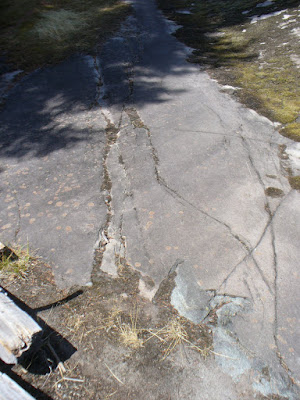 AUGUST 19th. Box Canyon. Ancient prehistoric glacial scored basalt. Vandals have defaced most of the scenic rock; I hope they are fined heavily for the damages they have done. 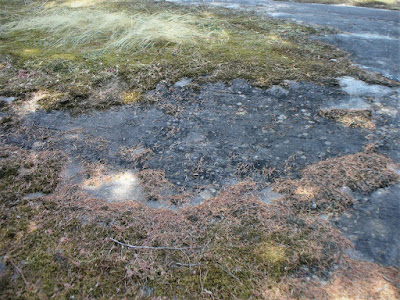 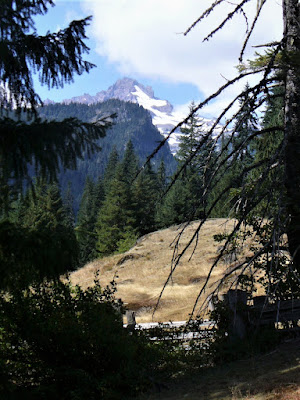 AUGUST 19th. Box Canyon. I LOVE it here! My favorite view; if I could, I'd build a cabin right here in this spot and just drink in the scenery every day. 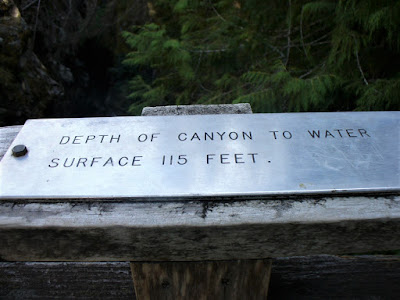 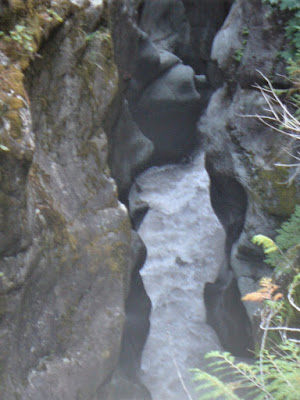 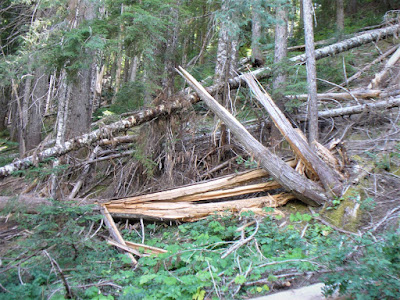 AUGUST 19th. Box Canyon. Everywhere we looked was evidence of the storm damage; it must have been a doozy. 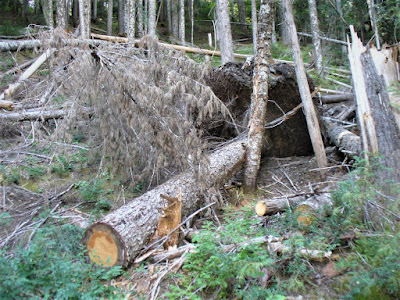 AUGUST 19th. Box Canyon. The high winds that blew these trees over must have howled through here like a wild banshee. 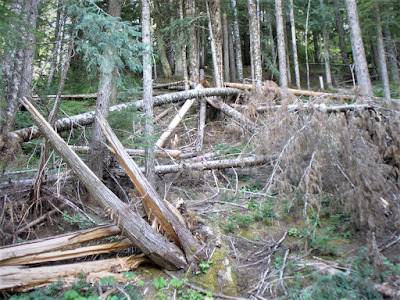 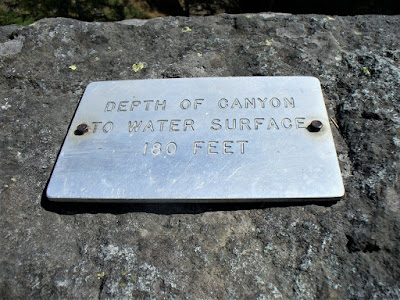 AUGUST 19th. Left the Loop Trail and are back on the main roadway that passes over the glacial water gorged Gorge below. 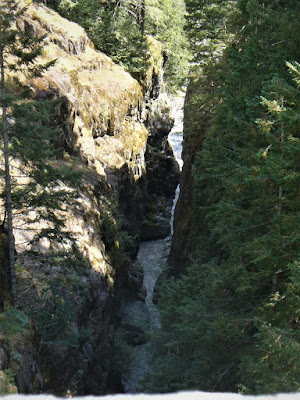 We have thoroughly enjoyed ourselves and loved the time spent indulging our need for fresh air and wide-open spaces.
Posted by Val at 8:08 PM No comments: