This blogger's post (posted at the end of this post) struck a note with me because I have held a Premium Gold Card in the Badass Club since I was knee high to a grasshopper.
And I was married to a gentle giant for 44 years that covered my ass when my badassedness took me to the brink (in other words, when the other badass was ready to make their move, they took a careful look at my gentle giant and backed down because they didn't know he was a teddy bear: I was the wild card, fearless and ready to rumble).
My husband did, at one point in our marriage, show that he, too, had a badass streak when he stood by my side and fought injustice WITH me when the circus monkeys thought they could raise hell over our driveway; and WE WON the case they tried to try in Court (the Judge wasn't having any of that - and Bob showed his teeth to the monkeys!) … but, generally, Bob was just my gentle giant – and I preferred him that way: his character and balanced temperament was a direct answer to prayer when I discussed husband requirements with Elohei ;-) I could never have lived with a man like the one my sister Ramona married; arrogant, mean-tempered, violent, and egotistical. ALL of that human nature was, I am sure, in Bob too: he just chose to rise above it.
I can be even-tempered too; but on occasion, I would go off the rails.
Specifically, when “on principal” instances would occur.
My daughter always tells people, "My Mom is a handful". She is embarrassed of my “on principal” fearlessness. Oh well … our children have embarrassed us too on occasion. 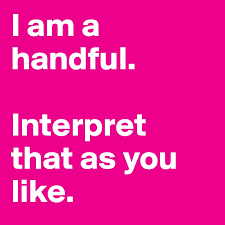 But since joining the Senior Citizen's Club, I have to constantly assure her that at 62 years of age, I am not up to kicking anyone's ass anymore, and since December 2018, I haven't renewed my Badass Premium Gold Card.
I AM IN RETIREMENT ... 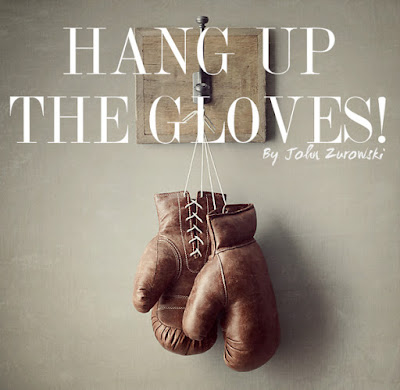 I have officially joined the ZFG/SOABN/SOTOPS Club. 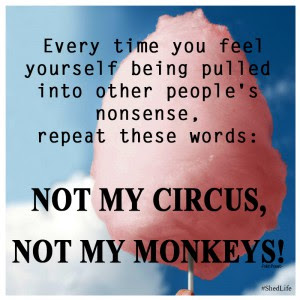 And I LIKE it.
I think Bob was always a card-carrying member of the ZFG Club; he'd be pleased I have finally grown up and "get it".
The world has changed (it changed quite a while ago, but I always had backup until recently).
And I am now a woman alone.
It is time now for this wild card badass to settle down.