I use my crockpots for just about everything! This is a long simmering soup with a delicate smoky flavor.

Place all ingredient in a large crockpot and cook on LOW for 6 to 8 hours.

According to food historian Karen Hess, pilau came to America by way of the Jews who fled Persia and went to Provence. There the dish became so much a part of the regional cuisine that pickled pork was added to it.

The Bukharan Jews are considered one of the oldest ethno-religious groups of Central Asia located along the Silk Road route. This version of pilau eaten by Bukharan Jews, originated from Bukhara in central Asia – where they were first historically recorded in the 4th century, later known as 5th century exiles from Persia (today the region is divided between the former soviet republics of Uzbekistan, Tajikistan, and Kyrgyzstan) and the recipe traveled with them to Jerusalem (while escaping the 18th century muslim purge and later the Russian pogroms of 1917) to America in the 1970’s, to settle in small communities in Phoenix, South Florida, Atlanta, San Diego, Los Angeles, Seattle and Denver in the present age. 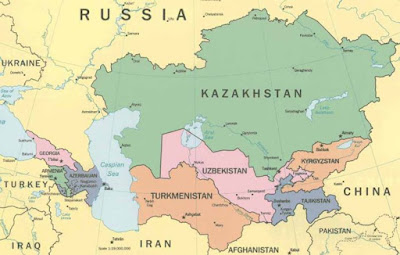 We ate this meal for Supper last night. I do have Jewish DNA in me (Ashkenazi - Brockway branch; and Sephardic - Ball branch) and I like cooking and serving ethnic meals to my 'heinz 57' family - we have just about every ethnic group on this planet interwoven into my  immediate family ;-) 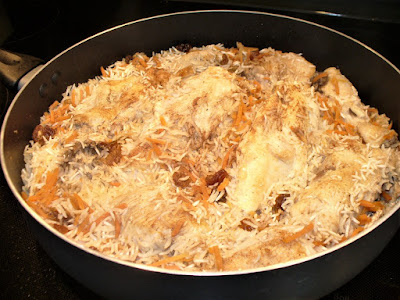 BUKHARAN CHICKEN PILAU ~ serves 4 to 6 depending on serving size 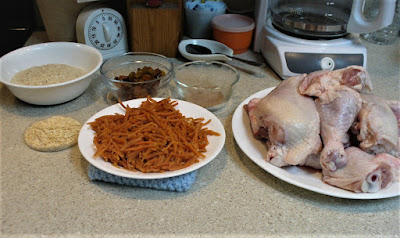 Ingredients prepared and ready … I halved everything except the chicken. My family around the table is currently very small.

In a large pot heat the oil, then add the onions, and cook them, stirring occasionally, until they are barely golden.

While the onions are cooking, thoroughly clean the chicken, removing as much fat as possible. Add the chicken pieces to the pot and cook – uncovered – over medium heat for 15 minutes, mixing occasionally. 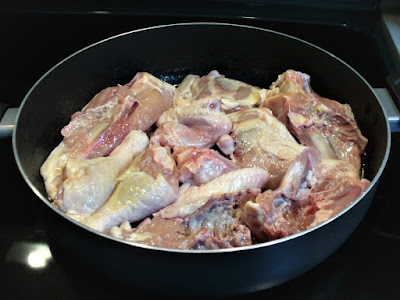 While the chicken is cooking, peel the carrots, then make them into shavings using a vegetable peeler or use the julienne blade of a food processor. 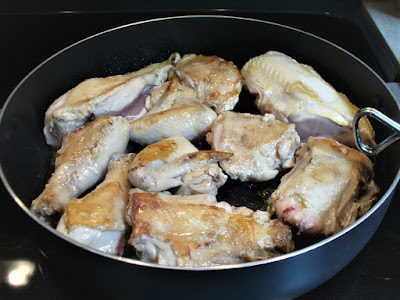 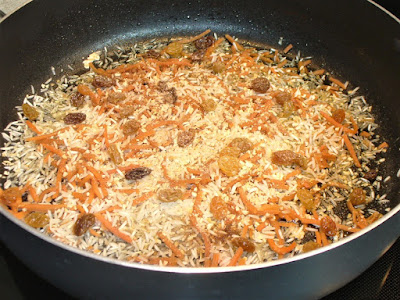 Rice and carrot layer on bottom of skillet 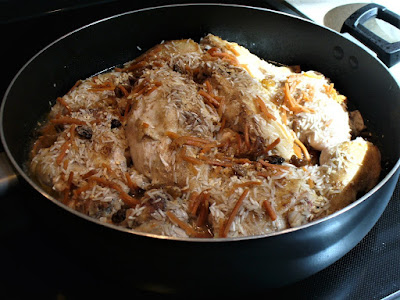 Layered portions of meal to be cooked

Add the water, and cook – uncovered – over high heat until it boils vigorously. Cover and reduce heat to low. Cook for ½ to 1 hour … or until rice is done. After 20 minutes, wrap the lid of the pot in a thin kitchen towel to absorb moisture. Serve piping hot, garnished with pine nuts if desired.

**TO MAKE A VEGAN VERSION, omit the chicken and substitute fresh mushrooms and red pepper. For crisper veggies, stir in lightly sautéed vegetables just before serving the pilau.