MY MIGRAINE HAS CANDY’S NAME ALL OVER IT …

This headaches started building early Saturday morning, around 8 a.m. or so when Ron boldly skirted past my planter boxes up front and took a short-cut through my front yard to his jeep parked on the street, which is in park violation 10.2, that the rest of us have to adhere to or get a pink notice about. When I get company, or even just have someone pick me up, I have to back my car up further into our carport to make room for the 2nd car. Every homeowner – according to Park Rules – has to park 2 cars in the carport before they can utilize on-street parking spaces. Ron and his bunch have never adhered to this rule as long as we have been living here: Ron parks his vehicle across the street from our driveway and consistently cuts across our front yard to get to and fro from his vehicle.

I suppose that since this rule is about real people breaking real rules instead of hypothetical and paranoid vegetable and fruit trespasses, Candy is oblivious to the rule and will not enforce it. She is already lying about dealing with the issue ...

Mind you, Ron is the one that put the trespassing ball into action with his petty paranoias last Spring and Summer … yet he does not think that that complaint should apply to his own trespassing offenses. And after Saturday’s response from Candy, meaning her quick and annoyed refusal to do anything about it: “Well, Val, I am not at home at the moment”, it was clear that she did not intend to do anything at all about it. Ever. She didn’t see it happen, therefore the issue does not exist. Even if she did see it, she would not do anything about it.

She wants the title of Park Manager with all its perks … like free space rent and being hailed by her pals as a little god, but she does not want the actual J.O.B. that required d.o.i.n.g.

And Ron Cook knows that Candy Scott has focused ALL her attention on focusing on ME, and he has ramped up his cockiness and nose thumbing: he doesn’t even try to hide the fact that he is rebelliously harassing me or boldly ignoring Park Rules – he behaves as if the rules do not apply to him or those in his immediate inner circle.

I had company all day Saturday, and they can vouch for my truths that Candy is ignoring and denying.

That is WHY I document EVERYTHING, such as videos of activity that Candy refuses to acknowledge or deal with.

I really do not like talking with Candy about anything, at any time. She disgusts me with her easy lying ways – her lying only devalues what she says and highlights her lack of character. And when she comes to the belated understanding that her lies are falling on deaf ears, she then will start talking over you, raising her voice and ramping up the speed in which she will talk over you, or talk around you; and when those tactics do not work … she will dodge the truth and abruptly break off all communication and end the conversation with a defining click in your ear. She will never talk with you because she gets lost in her head once she scraps reality and starts down those rabbit trails of inconsistent lies.

So I record everything anymore when dealing with that unscrupulous woman. After the morning call which left me with the beginning of a nagging migraine, I recorded the interaction on the phone for record. If this thing ever does end up in court, her office phone records can be subpoenaed; in which case they will back up my recorded recounting 100%. 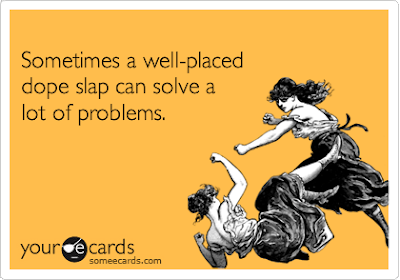 Well … I was on the phone with her … and couldn’t reach her face. But the mental images gave me some satisfaction.

Chronic, habitual, psychotic liars bring out the worst in me. I have never been able to tolerate a liar – and I am having a real hard time reigning myself I when I have to deal with Candy Scott. So after the phone call ended, I cried my frustration out because I hate feeling trapped. And I can’t stand Candy.

Then I dried my face, and got busy making bread. 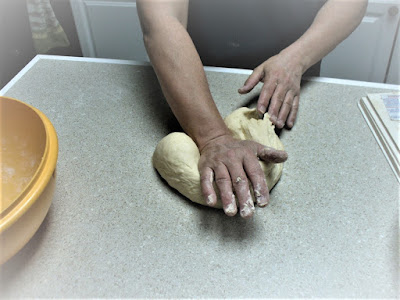 I do not want to give hate a place in my life; but that woman does tempt me in that direction.

I should have a couple of real nice loaves when they are finished, because I really slapped and kneaded the hell out of that dough – imagining Candy’s face while doing it. Peggy Quigley, the champion bread baker of Cathlamet, told me once that the best way to make a great loaf of bread is to rough it up while kneading it. It really works.

My bread dough got a workout a few minutes ago ;-)

It may not be a Christian attitude, but like I said a few posts back when dealing with Candy then too: that spawn of hell just sucks all the goodness right out of me.

And the harassment continues. Over petty shit. Fueled by unchecked egomania.

Ron Cook is a cocky little troll, but Candy actually worries me – she has lost touch with reality and believes the lies; she is seriously crazy. She truly believes that if she speaks it, it becomes fact: she creates her own reality and does not know how to deal with REAL realities. And I think that is why she comes at me with so much frustrated angst: she knows that I know she is not who she puts forward. I don’t know why she feels the need to lie to me about anything and everything, but I do know that she knows I don’t buy any of it. And that knowledge throws her. Most liars think they can outsmart most everyone – but I have dealt with liars all my life.

And I do not tolerate a liar. The liars who try to pull a fast one with me usually find they have a tiger by the tail; and not a house pet either, but a tiger with teeth and claws.

I worked on these donation baby hats for hours on end with a clear view of the street out front … the street Candy claims she drove down in her husband’s blue pickup. L.I.A.R. Never happened except in her break with reality.

I had someone ask me earlier this evening, “Val, how do you deal with demons? Think of Candy and Ron as your tormenting demons and deal with them accordingly.” I suppose that is one way of viewing what has been happening over the past 10 months, and especially since August 2018.

And I do know how to deal with demons … I sic Elohim on them – they can’t bully Him; and if He is for me, who can be against me? Amen!

So as I post this and head off to bed with a raging migraine that has Candy’s name all over it, I am sic’ing Elohim on those two, and hopefully I will wake up to merciful peace.

And while I do know that as a Christian, I cannot expect a peaceful existence here on earth yet, I am really ready for some semblance of a peaceful life here at Heron Pointe to start kicking in …