This Past Week in Review

This past week has been a busy one, here in our own little slice of paradise east of Eden, likewise in our State, and globally.

I have been working practically non-stop on a Care Box, and have completed 20 of the 21 requested items … but being the night owl that I am, I will have the last item finished before dawn ;-) Then I will give my poor aching hands a much deserved break for a week or so.

hawaii became the 1st state to start legal procedures against President Trump concerning the LEGAL Travel ban … even though hawaii representatives have hired (((A TERRORIST LAWYER!))) on Friday, hawaii will have a difficult time going nose to nose with President Trump and coming out a winner on this issue – but ridiculous pious morons intent on making fools of themselves always rush in where angels fear to tread. That goes for my State – WA – as well: I am unashamedly ASHAMED of my State leadership and pray that they ALL GET FIRED when it comes time to vote them out of office. The People have spoken, and the state heads are rebelling and posturing for candidacy themselves … time to SHUT THEM DOWN and KICK THEM TO THE CURB like the rabid snarling curs they are:

And Nikki Haley, America’s voice to the arab owned and staffed u.n. made it very clear that American Representation to the u.n. will NOT remain silent as snaky muslim barak hussain obama did when it comes to arab terrorist thugs strong-arming Israel through u.n. interference's; she also stressed the point that the phoney-baloney {palestinians} will NOT be “helped” by the u.n. anymore in their single-minded attempt to destroy Israel through u.n. interference's – I LIKE THIS GAL, she’s got spunk ;-)

And that makes this year a VERY HAPPY PURIM for us! Purim is a Hebrew “Celebration of Deliverance”. 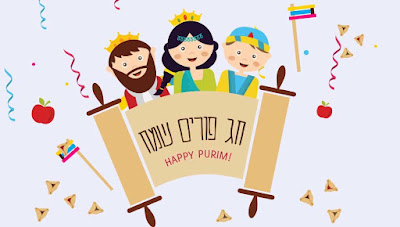 MOVIE: PURIM - ONE NIGHT WITH THE KING (Esther the Bible Movie)

PROMOTING THE WOLF, The Shack A Different God

I find it very sad and heartbreaking to see how far the mainstream churches have fallen from the One True God, Elohei … and are so willing to scamper, run, prance, and dance after a false god that tells them what they want to hear instead of what they need to know for their eternal life.

Life through Yeshua/Jesus ONLY and Hell used to be taught from the pulpits in America – NO MORE. The church pulpits in today’s America are for announcing social service programs and potluck gatherings.

Life through Yeshua/Jesus ONLY and Hell used to be understood by ALL Christians to be the final destination of those who rejected God Almighty – NO MORE. Today people … even those professing to be Christians, outright reject Yeshua/Jesus ... and think hell is a transitory frame of mind concerning life on earth.

How sad and heartbroken that sick, diseased, and depressed people are being kept from joy, health, and hope IN Yeshua/Jesus ONLY ... and are toppling on the cusp of hell - which is a VERY REAL PLACE!

Only Yeshua/Jesus can give LIFE … and life abundant. ONLY Yeshua/Jesus IS “the Way, the Truth, and the Life” given freely to mankind as a gift from Elohei, the One True God, the Almighty God.

How sad and heartbreaking that mainstream churches would embrace the world and all its trappings to deceive weak-minded and spiritually bankrupt floundering Christians! "For the time will come when they will not endure sound doctrine, but after their own lusts shall they heap to themselves teachers, having itching ears; and they shall turn away their ears from the truth, and shall be turned unto fables" (2 Timothy 4:3-4); "If any man teach otherwise than the Gospel of Yeshua/Jesus, and consent not to wholesome words, even the words of our Lord Yeshua/Jesus, and to the doctrine which is according to godliness; he is proud, knowing nothing, but doting about questions and striffes of words, whereof cometh envy,strife, railings, evil surmisings, pererse disputings of men of corrupt minds, and destitute of the truth, supposing that gain is godliness: from such withdraw thyself" (1 Timothy 6:3-5); “Beloved, believe not every spirit, but try the spirits whether they are of God: because many false prophets are gone out into the world" (1 John 4:1).

Weak christians were led astray generations ago by the Tolkien series … and the subsequent generations of those weak-minded and spiritually bankrupt people led their children astray with the harry potter series and twilight saga – where are the pastors and leadership and why are they not doing their jobs as shepherds! Why is this heresy allowed in The Church? "For such are false apostles, decietful workers, transforming themselves into the apostle of Christ; and no marvel - for Lucifer himself is transformed into an angel of light. Therefore it is not great thing if his ministers also be transformed as the ministers of reighteousness; whose end shal lbe according to ther works (2 Corinthians 11:13-15); “For there are certain men crept in unawares, who were before of old ordained to this condemnation, ungodly men, turning the grace of our God into lasciviousness, and denying the only Lord God, and our Lord Yeshua/Jesus Christ.” (Jude 1:4).

The end of slothful shepherds and false teachers and promoters of idolatry has been foreordained and I would not like to be them! “But there were false prophets also among the people, even as there shall be false teachers among you, who privily shall bring in damnable heresies, even denying the Lord that bought them, and bring upon themselves swift destruction.” (2 Peter 2:1).

And 99% of ALL mainstream ‘churches’ teach these heretics’ doctrines.

Shameful.
Posted by Val at 2:19 PM No comments:

The Idolatry Factor of the Book, The Shack

There is only ONE WAY TO GOD, and that way is through Yeshua/Jesus.

There is NO “other way” – all ways do NOT LEAD TO God; that is a devilish lie.

The CULTS of catholicism, islam, buddhism, hinduism, balism, janism, jehovah witnesses, seventh day adventist, universalism, ect. are based on man-made ‘gods’ and are designed to lead AWAY FROM the One true God.

There is only ONE WAY TO GOD, and that way is through Yeshua/Jesus: Yeshua/Jesus said to him, “I am the way, and the truth, and the life; no one comes to the Father but through Me. If you had known Me, you would have known My Father also; from now on you know Him, and have seen Him. Philip said to Him, “Lord, show us the Father, and it is enough for us. Yeshua/Jesus said to him, “Have I been so long with you, and yet you have not come to know Me, Philip? He who has seen Me has seen the Father; how can you say, ‘Show us the Father’? Do you not believe that I am in the Father, and the Father is in Me? The words that I say to you I do not speak on My own initiative, but the Father abiding in Me does His works. Believe Me that I am in the Father and the Father is in Me; otherwise believe because of the works themselves.” (John 14:6)

Yeshua/Jesus stressed clearly so that there would be NO CONFUSION as to the ONLY WAY TO GOD: “Unless you believe that I am He, you shall die in you sins." (John 8:24)

And again: “Neither is there salvation in any other: for there is none other name under heaven given among men, whereby we must be saved." (Acts 4:12)

Not only is Jesus the only way to God, but He is also the Judge on Judgement Day.  Those who trust and know Jesus go to Heaven; all others go to Hell.  Jesus Himself said so in uncertain terms in Matthew 7:23 & 25:41.
Posted by Val at 1:40 PM No comments:

Burning Down The Shack

THIS BOOK 'The Shack' IS FULL OF HERESY - do not buy it! 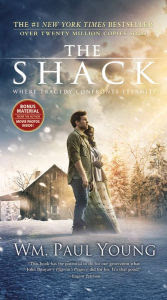 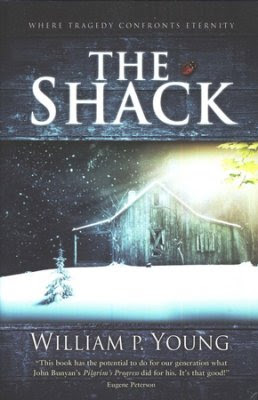