It Is Official :-D

Despite the bitterness coming from the obamas and their minions, the morning's events went well and President Trump was not assassinated after all.

But there were obvious bitter feelings aimed in their directions: 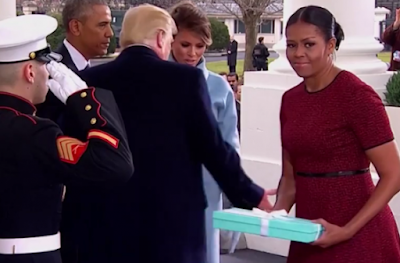 First Lady, Melania Trump’s goodwill gift shunned by a bitter michael robinson-obama; michael acted like the gift was loaded with TNT or an asp - michael could not get rid of that package fast enough. 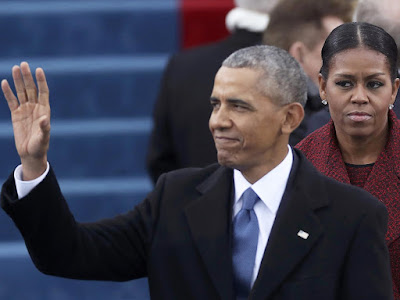 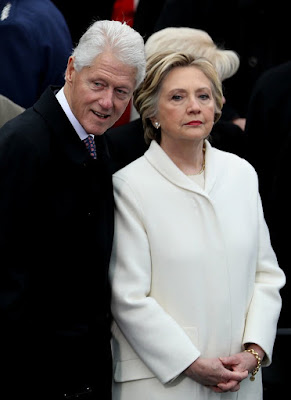 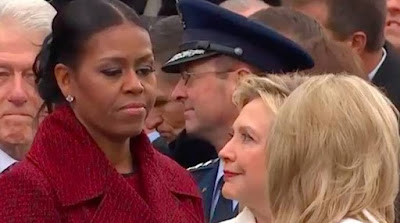 Angry obama witches; micahel and hellery: 2 political witches that are hateful and racist – GLAD they are gone! 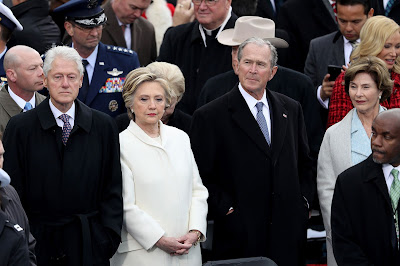 Sour faced clintons and ideologically constipated bushes: I’d like to feel sorry for them, but I just can’t. 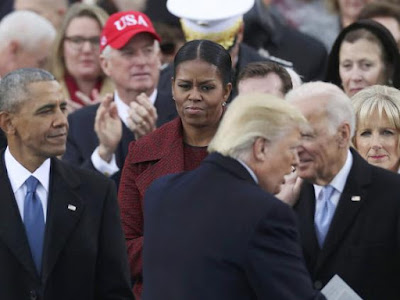 Angry obamas scowling and clenching jaws as President Trump moves among them: the obamas just will NOT let go of the reins. It’s pathetic. 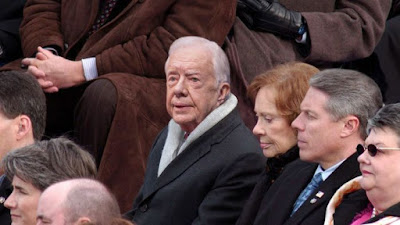 jimmy carter having a pity-party-breakdown and hoping for death. Seriously folks; one of the ex-president’s - jimmy carter was wishing he would die ‘right here, right now’ as President Trump was Inaugurated this morning. Somehow I found myself agreeing with him … I wish that traitor’s lament would come true. Soon.

Another ex-president, dubbya, acting retarded. As usual. He can’t help it; he really is hopelessly backwards. 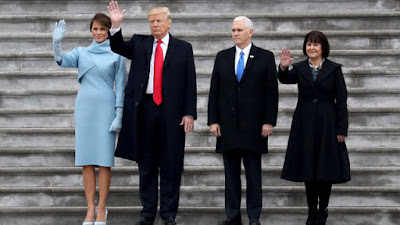 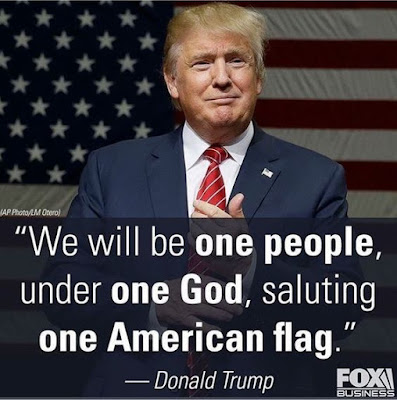 (((THANK YOU LORD FOR A REAL PRESIDENT IN DONALD J. TRUMP!)))

Bless him today with wisdom, health, and the knowledge needed to “get the job done” in America FOR Americans. Uphold him with Your Right Hand, bow his knee to seek You, and guide him with Your Holy Spirit. Grant him unwavering loyalty Father that he can accomplish everything that You put him in DC to do. With Your help and a real President that truly loves and cares for America and Your People, we can “make American great again”.

We, The People of America, united under 1 God and 1 Nation, stand with and support Israel – the Apple of Your Eye – bless us again O Lord with peace and prosperity promised in Your Word according to those that love and honor You and the People You have chosen as Your Own. President Donald John Trump and Vice President Michael Richard Pence will need Your interventions Father as they undertake the untangling of the messes left them by previous Presidents. I ask Lord that You would go throughout America and uncloud the minds of the people that have been clouded by the wickedness that has held our Nation in its grip for the past 6 decades and restore sanity. I ask Lord that You would cause The People to repent of the evil they allowed the 44th president to unleash on us because they were afraid of racial backlash. Strengthen hearts Father and forgive the fears that overtook the Nation under a tyrants reign. I ask Father that You would look favorably again on America and raise her people again to glorious heights as we boldly stand and give You praise and glory for Your victory of the 2017 Election that will catapult America to greatness again: America is the hope of the world Lord and it has been shameful that the 44th president would actively seek to destroy America’s foundations of prosperity, morals, unity, and Spiritual footings; without these great milestones we are nothing; for these things are what makes America the greatest Nation on the face of the earth. Where the 44th president sought to make America another 3rd world county equal to the lowest of the 3rd world countries, the 45th President understands that only when America is great again can those 3rd world countries have any hope at all of raising above their poverty and spiritual deprivation. THANK YOU LORD that You have given America – and the world at large – hope again. Thank You Lord that Christians and Jews again can praise Your Holy Name without fear of reprimand or chastisement from the previous muslim pagan. YOU are the reason Donald John Trump and Michael Richard Pence have placed You once again where You deserve to be: at the helm of this great Nation.

Where we, as a Nation, have been abandoned in a dry and weary land, You have given us rain on this momentous day as a promise that out thirst will be sated and the land will flourish again. We praise You Father for Your blessings and Your assurances that You have not forgotten Your people; You hear us Father and You care for us. Cleanse our land Lord of the evil that has permeated it and blow a gust of clean purity through it again so we can breathe deeply of fresh air. Thank You Father for all You are doing for us and raise us up out of the sinking mire to hold our heads high and give You the praise and glory You deserve.

We are great because of You … let us once again be great FOR you and Your holiness. Forgive father. Cleanse with a purifying fire that we need never be ashamed again. IN Yeshua Ha’Mashiach’s wondrous Name I ask. Amen.  ~Val 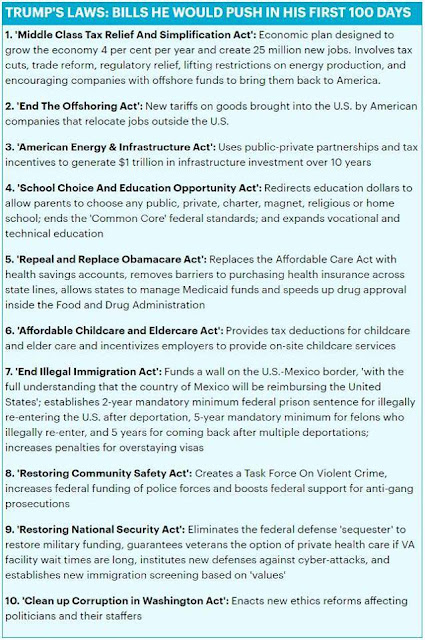 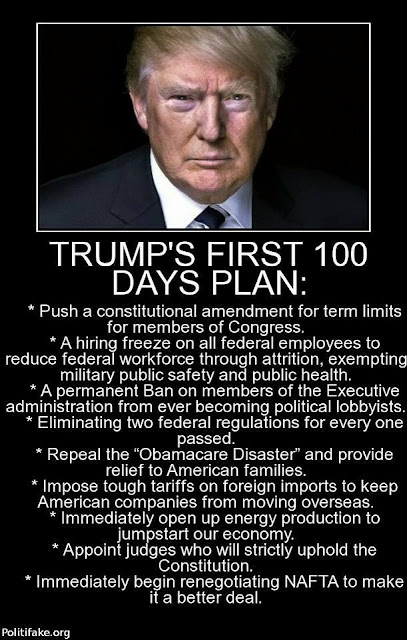 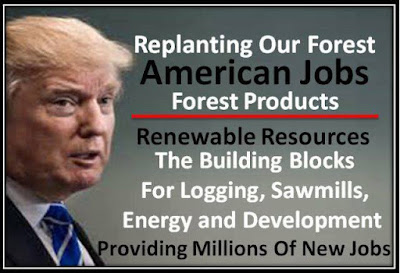