This is the color scheme I am basing my next toddler’s slippers design on: 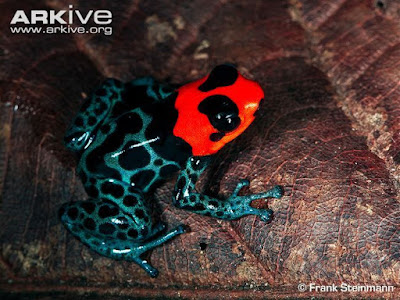 I’m winding the yarn balls now while listening to John Haller … the actual designed slippers shouldn’t take too long to complete once I start on them.
Posted by Val at 11:43 PM No comments:

I have the most loving and lovable husband in the world … I don’t know of any other man that would agree to a 4-hour-round-trip-Coffee-Run-spur-of-the-moment-whim to satisfy his wife; do you?

He is a true gem and I am a lucky woman to be so blessed :-D

I woke up this morning, took one look at the lovely weather outside and thought, ‘this would be a good day to enjoy a drive’. And since I hadn’t poured my coffee yet, I thought that the considered (yet unspoken) day trip would even be better with a mug of Cowboy Coffee to top it off.

So I broached to topic to Hubs: “Hon, it’s a really nice day today – perfect for a drive”. That gets his attention ;-) “Where, and how far?” he asks. “Hmmm,” I hedge. “Where, and how far?” he repeats. “Well … it is a clear day outside; and I haven’t had my coffee yet …” I look at him hopefully. “Not Packwood!” Hubs finishes what I had not yet spoken out loud. “I did think Packwood; yes. A Cowboy Coffee sure would taste good.” And I smile at him. He’s hooked ;-) “That’s 4 hour drive,” he grouses.

An hour later we’re on the road enjoying a scenic drive to Packwood with my 3 beloved mountains surrounding us to the right, left, and straight ahead: 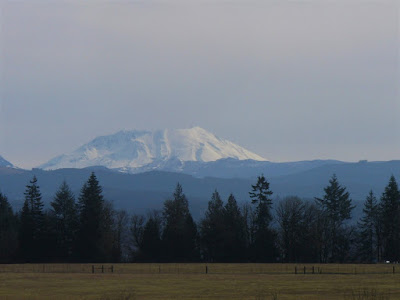 To our right is Mt. St. Helens. Jackson Hwy. cutoff. 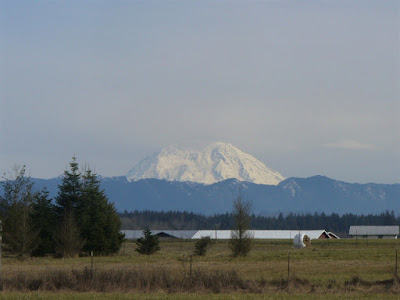 To our left; and later down the road, straight ahead, is Mt. Rainier. Jackson Hwy. cutoff. Mt. Rainier is the mountain I will miss the most – I visited that mountain at least 2 … sometimes 3 times a year for the past 24 years and have gone over the 3 Passes on the backside of that mountain ever since 1970. This particular mountain takes up a huge part of my heart. 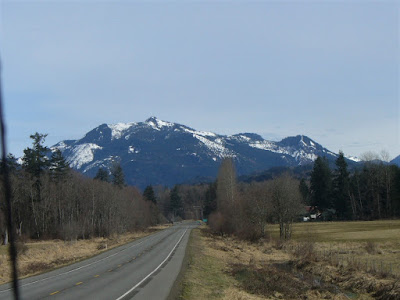 Seriously though, there is at least an ounce of gold up there that we know about, for a fact; Bob did lose his wedding ring up there in those hills when he was logging that big hill. He got seriously sick one winter with walking pneumonia and lost a lot of weight; the fell ring off his finger before he realized later that night that it was gone. When he called me I could tell in his voice how sick he was and it worried me. When he came home on the weekend I don’t even know how he got home without wrecking … he was so sick. The kids were so worried that they sat at his feet for hours after he sat down and passed out from the illness and the long drive home, crying that they wanted to give him his Christmas gifts “early in case he doesn’t make it”. Poor little dears.

But he did rally during the Christmas time-off from work … and when he drove back to Glenoma, which was a four hour drive 1-way from where we lived at that time, I started seriously studying to get my driver’s license, so if he was ever that sick again he wouldn’t be alone that far away from home, worrying about his family, about possibly dying, or about how to get safely home being so sick. 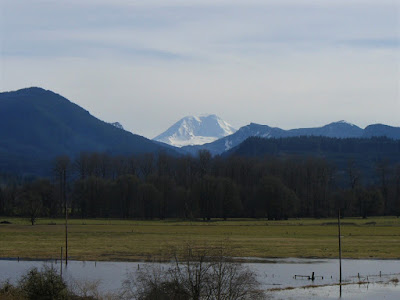 Snowy peak of Mt. Adams showing above the horizon just out of Packwood, on the right – in the faaaaaaar distance and to the east of Mt. St. Helens.

Ahhhh: tasty good coffee. We took our time driving back home because Hubs knows I enjoy seeing my beloved mountains, and he lovingly let me feast my eyes on them at leisure.
Posted by Val at 11:38 PM No comments: