While Hurricane Harvey was tearing things up down South of us, a flooding on a smaller scale was taking place here at home. Unbeknownst to us, while in town enjoying a pizza for Hub’s birthday … the water line to the ice maker in the ‘fridge sprung a pin-hole leak and flooded the entire kitchen floor while we were out having a good time. It went unnoticeable until around 10 p.m. that same night when I went to the ‘fridge to snag a piece of left-over pizza and I and saw 2 puddles on the floor near the ‘fridge: ‘hmmm’, I thought. ‘Did Hub’s unknowingly spill something while passing through?’ So I wiped the puddles up and was just getting ready to ask Hubs if he had gotten something to drink when he passed through the kitchen and remind him that he had to be careful with spills on the wood flooring. Instead … when I took a step forward I noticed that puddling quickly rose up between the flooring and flooded each place my feet had just been – ((((ALERT! ALERT!!)))) My mind was registering in a flash that this was something more than a simple absent-minded spill! So instead of shooting a query down the hallway to Hubs, I shouted instead, “Hon, get in here and look at this floor! NOW!” Even as I shouted and heard his feet hit the floor, my mind’s eye could already see the floorboards lifting and $$$$$ flashing before my startled eyes.

Oh man! This was NOT good …

As soon as he reached the kitchen and I pointed to the floor and showed him how the water rose up with every footstep, he said, “The ice maker sprung a leak – this is exactly why I hate ice makers” (we had kept the refrigerator that was in the house when we bought it & it had an ice maker in it; we don’t really use an ice maker, but it was part of the package). Our eyes met and we knew the floor was toast. NEW FLOOR gone in a heartbeat; we had just had this floor laid 2 months ago. So Hubs pulled the ‘fridge out and walked behind it to inspect the damage … a pin-hole in the tubing was the culprit, and the entire floor behind the ‘fridge was swimming in water. Hubs shut off the water valve and we grabbed paper towels and started trying to sop up as much water as we could; we did a pretty good job of it in a little under 2 hours. The floor wasn’t leaking anymore water around midnight and Hubs said we’d done as much as we could – he went to bed. But we knew the flooring would have to be pulled; and I knew the cupboards flanking the ‘fridge would also have to be trashed because water was flowing out from under them as well as the floorboards.

The next day our nephew, who is a contractor with his own business, came to inspect the situation and told us that what we had assumed was true: the floor was saturated, but there was no way of knowing the real damage until they started tearing into the floor. Yesterday was the telling. The fellas came early and got right to work moving the ‘fridge out of the kitchen and into the livingroom before getting busy tearing up the floor: 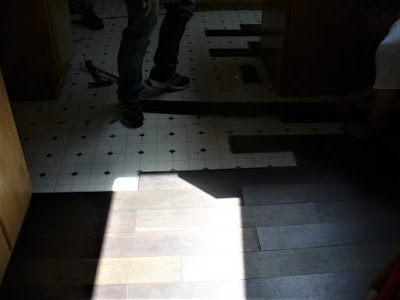 Heavy water damage in the kitchen - new flooring had to be pulled; only 2 months old.

As the flooring came up it was obvious that the entire floor would need to be pulled, not just the small area around the ‘fridge as we had hoped – the water damage had covered 3/4th’s of the floor, so at that point they pulled the entire floor. Every board had a high water damage reading. The back wall was inspected and it has been saturated too; it may have to come out as well … 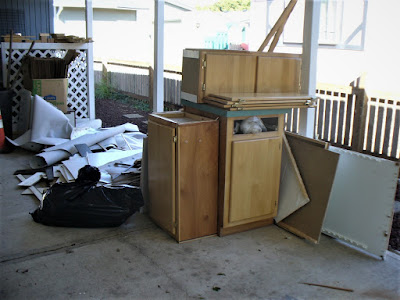 Even the kitchen cupboards along the back wall had to come out and will have to be replaced - they were custom built 20 years ago and are unmatchable. The new ones will be white. 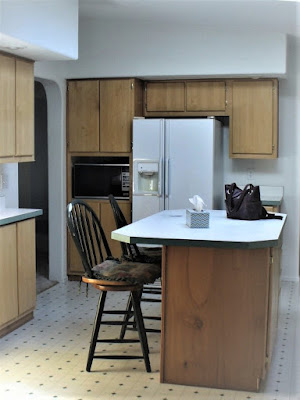 This is what the back wall cupboards used to look like ... and the original floor too; we had put wood flooring down over the linoleum before we moved in June 30th, 2017. 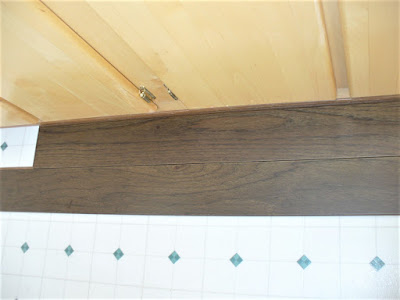 We all put a lot of time into making sure the new flooring would match with the blonde cupboards - all that time and $$$$$ gone in a tiny pinhole leak!

It became necessary to section off the entire kitchen so I would not suffer an environmental asthma attack – the plastic sheeting would have been put up later on, but with us still in-house, it was necessary to put it in place earlier: those poor fellas were then working the rest of the day in what amounted to a stuffy greenhouse when the plastic sheeting was taped in place and zipped shut: 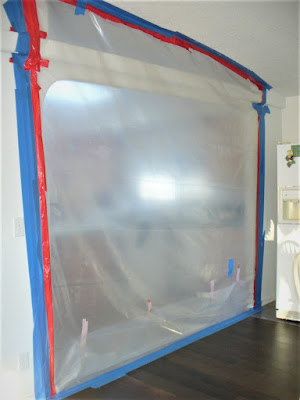 Kitchen has been quarantined while everything is drying out.

It has been ‘a week’ here and we are more than ready for the Sabbath Rest! So we are kicking back and relaxing over the weekend and with any hope we can face the coming week with optimism and calm hope that things will start looking up around here. 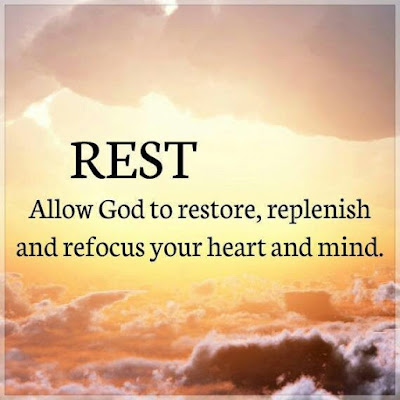