THE SWEETEST THING I'VE EVER KNOWN

I remember when this song first came out.

I played it so much the cassette tape literally wore out; LOL

I used to love watching Bob sleep - he looked so peaceful; almost boyish, when the troubles and stresses of his long, hard workdays were not so pressing during those few short hours.

Loving him, and being loved by him was the sweetest thing I've ever known.

I will always feel incredibly blessed.

I love you, Babe.

A HEALTHY MATURE WOMAN’S BODY IS FINE FOR ME


Today, is the real start of my new life without Bob.

My goal is to lose at least another 30 pounds – I will be comfortable with that … and a whole lot healthier too.

And I am going to try losing the extra weight naturally.

Unlike Dolly, who claims “her weight never changes”; according to her, she has “always been 115 pounds.”

I am old enough to remember when ((((I)))) WAS 115 pounds WITH a chest to rival Dolly’s … and there was a WHOLE LOT MORE OF HER spreading out below her waist – LOOK AGAIN AT THE VIDEO ABOVE – does that look like 115 pounds stuffed into that pantsuit?

I still have the chest, but when menopause struck, my ass grew into my boobs.

Dolly ALWAYS had an ass … UNTIL she became famously famous – then her ass shrunk, and her boobs expanded.

While Dolly wore a girdle in the 1970’s to rein her trashy ass in, it was pretty damned proportionate TO her large – but not excessively large chest: above her waist, and below her waist, things were pretty ‘even steven’.

But country ‘trash’ doesn’t go over well in high-end-LA-trash - even reined in with a sturdy girdle, and off-set with BIG hair.

So, around the 1980’s, when she hit pay dirt in Hollywood, her ass shrunk significantly and her boobs were noticeably inflated.

Dolly discovered breast implants (she didn’t need implants, but as she came into midlife, she didn’t want her boobs to start heading south …)

Dolly became a multimillion-dollar Barbie doll practically overnight – an adult version of a fantasy Barbie doll: and her chubby-cheeked-face was resculpted too.

She is a savvy business woman, and sold that enhanced trashy version of herself for all it was worth!

Now, I am not going to begrudge Dolly her due: she sold herself in the 1970’s, and won the monetary rewards she was hungry for. I bought several of her LPs myself because I liked her music. Then, as she started aging, she took stock of her image, and reshaped, repackaged, and resold herself. And she has been truthful about those changes.

But, for her to state that her “weight has never changed” is just a blatant, bold-faced L.I.E. 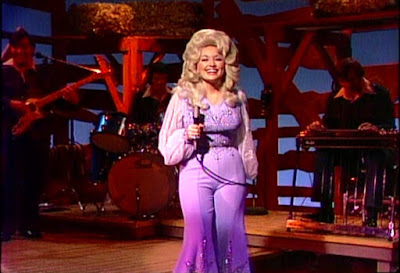 Dolly – Chunky 1975. I am willing to lay $$$ down that Dolly was around 165 pounds in this picture: EVEN WEARING a girdle to slim those hips and that ass down some …

Being chunky is okay; lying about it is NOT.

I admit, I am chunky. 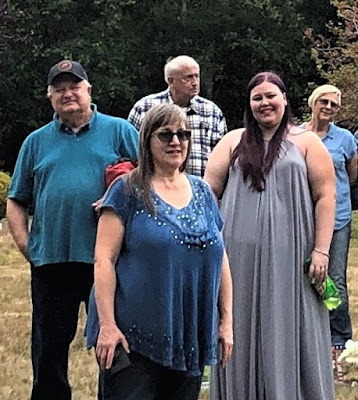 I am 20 pounds lighter than I was before Bob stepped off this planet, in December of 2018; but I can afford to pare some more of me off. Loose clothing makes me LOOK fatter than I actually AM - but, for the time being, I am too chunky to wear my shirts tucked in ... right now, it's a lose-lose-situation :-(

There is no reason to lie about it: pictures and mirrors don’t lie – they reflect what is visible to the naked eye. I’ve never been a skinny Minnie (and never wanted to have my hip bones sticking out); the Hargand’s like to eat. Bob liked to eat. I enjoy eating. It shows … on all of us. 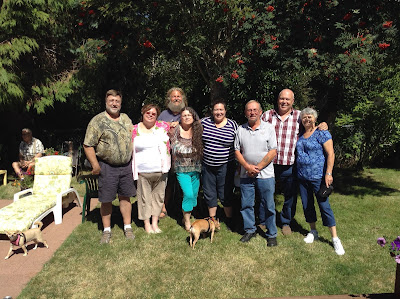 And even IF I could afford plastic surgeries, liposuction, and implants … I WOULDN’T DO IT. Personal choice: I don’t want a surgical knife anywhere near me – ever; and I don’t want non-organic things in my body.

I intend to lose 30 pounds naturally, too; if I can actually lose the menopausal weight without estrogen supplements – which I firmly reject. Again, a personal choice. I made that choice at 16, and see NO reason to change that decision. None.

Bob didn’t mind me chunky: Bob loved me. ALL of me.

But, now, I am alone – and I am officially a Senior Citizen; I have to think differently – I have to be more health conscious. My bones, though healthy now, will begin to get brittle. Extra weight will be bad on them. My anginaic heart is aging along with the rest of me, and it would do much better if it didn’t have to work so hard to keep up with the extra weight. My weak lungs, already stressed by chronic bronchitis & environmental asthmatic flareups, would not have to work so hard, if I could shed the extra weight.

I am alone now.

I have to think differently.

I have embarked on an exercise regime again – brisk, but safe enough for a senior citizen ;-)

It may take ALL of what’s left of 2019, and ALL of 2020, BUT I am going to give it ALL I have, to pare off those extra 30 pounds that are wearing me down physically, and putting extra stress on my heart & lungs – both, of which, are already weak; and have been all my life. Now my body, and internal organs are older too, and will continue aging: I need to pay attention and pamper them now. Only God knows how long they have to last me …

And when I DO – if I can – I am NOT going to lie and tell everyone, “I have always weighed 115 pounds; that never changed.”

I don’t WANT to weigh 115 pounds – that would be too thin for my personal taste, concerning my personal body shape. And I will still be pretty curvy when I shed those 30 pounds, BUT I will be healthier than I am today.

I am not a teenager anymore.

And my skin is not as elastic as it was before menopause struck: I am aging, and so is my body. In every way imaginable.

I am not husband shopping: and never will be interested in another man.

A mature woman’s body is fine for
me.

As long as it is reasonably healthy.
Posted by Val at 1:39 PM No comments: