Another empty-headed celebrity who has sold their soul to the devil thinks Christians need to be re-educated so they "understand the way the world and things really is". Hmmm. We already KNOW the way the world really is … it’s the soul sick and spiritually blind that haven’t a clue.

In regards to the Kim Burrell controversy that took place the end of December 2016, tamar braxton added her voice and questionable intellect: 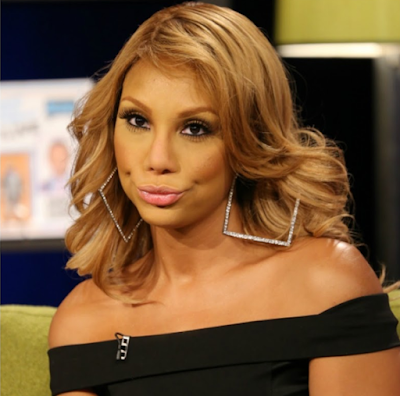 {Ok… I’m ONLY saying something because tmz asked me about it this morning. Here is the thing.. While I DO NOT agree on ANY level about what Kim said nor feels…most of y’all are nailing her to the cross meanwhile most of y’all voted for Trump! PLEASE have SEVERAL ???? y’all ripping her to shreds for what she has been taught in church ( hell,most of us has) but thank GOD he’s opened most of our eyes of what was taught and believed back in the day so traditionally that’s what they continue to preach to our generation!!! There has been MANY of services that I have attended where it’s been crazy talk of such!! ( and you have too) especially in the black churches!!!

We need to show her LOVE, PRAY for her understanding and help her realize (also people who believe such ignorance).that what she has been brought up to believe, isn’t the way the world and things really is!! C’mon now…Isn’t that what y’all trump supporters showed trumps ass?? ?I’m sorry…. Although I get where everyone is coming from… I TOO am outraged but some of y’all sound CRAZY cause after all, his 100 year old “he knows better” ass about to be sworn in… But that’s not my business.}

This is my response to the whole thing: (1) Scripture is VERY CLEAR about homosexuality and what will happen to those who practice homosexuality and those who applaud homosexuality. Romans 1:22-28/1 Corinthians 6:9-10/1 Timothy 1:9-10/Jude 1:7 & Revelation 22:12-21 (2) What does President Trump have to do with any of this? He’s at home minding his own business unaware of any of this. Neither he – nor his election was touched on in Kim’s talk to her congregation (3) God NEVER changes … and neither does His Word; what He spoke to the prophets of old and to the apostle John was and IS the FINAL word on the subject: nothing a simple minded man or woman say or feel can change that, though they try mightily. Matthew 24:33 & Revelation 22:12-21 (4) Youths and young adults are not above their elders in wisdom or societal standing, regardless of the generation they live in. Matthew 19:19/Ephesians 6:1-3 & 1 Peter 5:5 (5) tamar … and those like her … are spiritually B.L.I.N.D.; their eyes have NOT “been opened” by anyone; especially by God: God does NOT condone homosexuality. Period! Jude 1:7 & Revelation 22:12-21 (6) The only “crazy talk” comes from the deluded sector of society; in this instance, tamar’s ‘generation’. Isaiah 30:1-3 & vv. 8-15/1 Corinthians 10:1-6 (7) If anyone needs prayer and understanding, it is tamar and her rebellious and morally dead generation, so they can come to the realization that they are – in self-serving ignorance – damning themselves to hell. WILLINGLY. It’s such a wasteful shame Isaiah 30:8-15 & Revelation 22:12-21 (8) the lie she and her likeminded lemmings are panting/dancing after is exactly the way the world IS; Christians KNOW the way the world is, that’s why we continue to speak TRUTH in love: that homosexuals refuse to hear is not our fault; we must still speak the truth. 2 Corinthians 2:17/Galatians 4:16/James 1:13/1 John 2:16-29/1 John 5:19 (9) if anyone sounds “crazy” it is tamar. She sounds drunk or stoned in her disjointed ‘educational’ rant.

I wonder if she ... or for that matter ... springsteen, is as concerned about what muslim imams are teaching in their mosques? Probably not - it's just the Christian Gospel being taught and a true patriotic American President that these morons think needs monitoring and questioned; they are perfectly fine with real hate and real terrorism being preached in mosques and carried out in American streets, but for some reason the genuine love and concern of Almighty God being preached in Christian Churches has them screaming 'foul!' 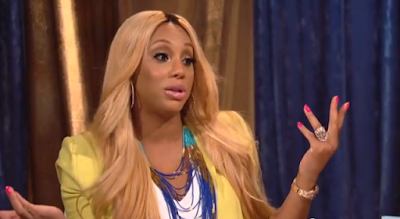 Far from awing me with their aimless and banal {intellect}, idiotic celebrities thinking they are special preachers of political correctness and social issues just make me shake my head and say, “WOW; just w…o…w” when they start spinning their spin. No one who sounds so ridiculous – or looks/acts like a slut or a drunken bum – has a hope of a chance of re-educating me (or any other Christian) to their special brand of lunacy. Just sayin’ … 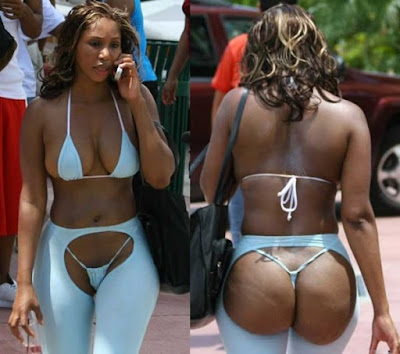 Perhaps tamar attended the same ‘church’ the obama’s did – you know, the bigoted church where racism reigned supreme, and anything could ... and did ... 'go'; Christians do NOT dress like this. And she has the nerve to talk about Trump’s ass … at least he has the sense not to make an ass of himself by showing his ass: tamar could learn more than one lesson on how to behave, from Trump.

When Yeshua Ha’Mashiach calls and the Christian is lifted outta here, the world will be glad to see us go!

We will be glad to be gone.

Earth has become an asylum planet for the ‘special’ lunatics that came out of hiding during barak hussain obama crazy years of tyrannical political terrorism and foisted their freak show lives on us. At this point, I’m not even sure things can be turned around or righted again. I hope and pray I am wrong.

What is it with celebrities?

They are overpaid for what they do – which is basically to strut around and spew political propaganda on stage and off. No one in their right mind cares what the narcissistic deadheads think about anything on any subject.

I just read this entry posted to FB: {Springsteen for President??? Qualified??? Earlier, he [Bruce Springsteen] touched on that latter group, expressing his concerns about the future of America. “When you let that genie out of the bottle — bigotry, racism, intolerance… they don’t go back in the bottle that easily if they go back in at all,” he said. “Whether it’s a rise in hate crimes, people feeling they have license to speak and behave in ways that previously were considered un-American and are un-American. That’s what he’s appealing to. My fears are that those things find a place in ordinary, civil society.”}

Good Lord! Say it isn’t so! springsteen isn't qualified for anything, let alone President. Clearly springsteen is seriously out of touch with reality if he does not understand that ALL the accusations he made towards President Trump CAME TO FRUITION WITH barak husssain obama! springsteen’s god, barak husssain obama, did more to destroy America and divide Americans than ANY OTHER president in American History. barak hussain obama is the king of racism; and he and his ‘wife’ michael personally incited racism 24/7/365 x 8 years; he snaked around our Government checkpoints and legislated unadulterated bigotry towards Christians, Caucasians and Jews; he misused the American Office of President to promote universal intolerance towards Americans in general and towards ALL Christians and Jews worldwide. barak hussain obama and michael PERSONALLY involved themselves in hate crime activities – marching with radical protestors and supporting openly racist organizations that boldly carry out hate crimes. barak hussain obama and michael support and applaud the lgbtq morons who have been given the obamanite green light to speak, behave, and act in criminal, abominable, destructive and violent ways that have previously been considered insane, UNAmerican, and ARE UNAmerican. Under barak hussain obama’s 8 year reign of terror on America and the American People, EVERYTHING springsteen “fears” IS NOW HAPPENING – racial and sexual hate crimes are off the charts since barak hussain’s political coups due to the support of drunk, drugged, and sexually confused morons like springsteen and his ilk and American society for the past 8 years has been anything BUT “ordinary” or “civil”; and springsteen can thank his god, barak hussain obama for that: THOSE ACTIONS are UNAmerican, but we cannot expect self-absorbed, peter-pan-fantasyland-dwellers, and politically deluded liberals to understand the facts of real life realities.

Perhaps President Trump will seriously rattle their cages and wake them up … and stuff them all back into their padded genie bottles and chuck it into the sea to be carried far, far, faaaaaaaaaaaaaaar away.