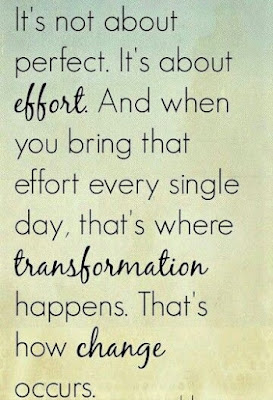 First thing I did when my feet hit the floor this morning, was to get the laptop up-and-running with weight-lifting arm exercises – I do them with reasonable thinking in mind: I’m 65 – I’ll never look like the models in the vids … and my arms won’t look like 20-y.o.-arms (muscle mass disappears as one ages) but, I will have nicely shaped arms; and I’ll be able to wear sleeveless tops for a few more years without embarrassment – that is my goal.

Today is Laundry Day – but I set that aside for the morning, and tied my hiking boots on 😉; it wasn’t raining, and I needed the early morning walk. I chose the Pacific Way Trail dike hike at 48th & Pacific Way; it’s fairly close to home, and I like walking that gravel dike road. It’s not as busy as the trail head at 38th.

I saw Yellow Flags Water Iris’s blooming – but no frisking otter. I’ve only seen the otter once, five years ago, when Bob and I walked this dike trail with our little grandson. I hope, every time I walk this walk, that I’ll see it again: time will tell.

I also saw the yellow pond lilies were profusely blooming. 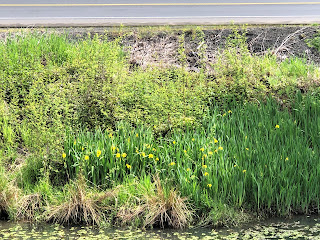 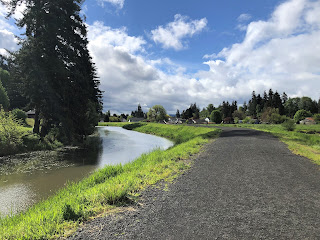 And baby ducks were scuttle-butting everywhere 😊

Most Mallard papas were flanking their hens, and watching their darting progeny jet through the water … but I caught sight of one tired papa catching some shut-eye. 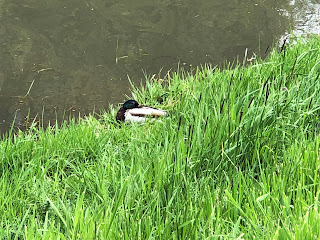 Watching those fast-foot churning-darting ducklings, I took mercy on him and scooted past him quietly – he’d need the energy gained with the nap, later on; they sure were keeping their mamas busy 😉

In the air, sparrows and song birds darted here and there … and 3 mallards flew around me as they took to the air – for a minute I thought they might fly right into me – but they swerved around me and noisily flew off. I watched a larger bird, higher in the sky, but couldn’t tell whether it was an eagle or a buzzard. 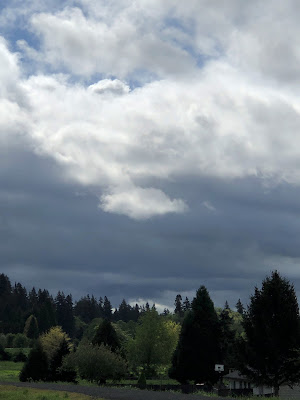 Interesting cloud formation.
High-flying bird; could be a buzzard.

I know: I have an overactive imagination 😉 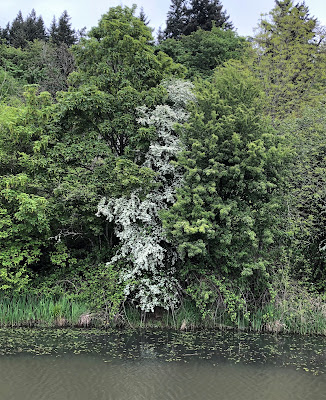 On the return loop of the walk, I stopped and spent some time watching the little feathered darlings – one little fella was cute as he leaped out of the water to nip at bugs on the wing.

And mama and papa were doting in their goal to get their brood from egg to adulthood; so far, the egg hatching has been a success 😊

A little closer to the parked Highlander, I came across a nesting site; and watched those ducklings for a few minutes, too. The ducklings don’t stay little very long, and they are so darn cute!

It wasn’t noon yet when I got back home, so I delayed the laundry again as I pruned back a few low branches on the decorative Maple out front, that were overhanging into the street … and I planted a hanging pot with the flowering plants I’d bought at the Adna Floral Sale, last month. The fuchsia was starting to bloom, so I figured I’d better get it in an outside pot – the fuchsia is a perennial, and I usually do not have much luck with them; but I’ll be staying home more this year, so hopefully the fuchsia will live and thrive: and I’ll be able to successfully over-winter it.

That is the goal, anyway.

After the pot was planted, watered, and hung: I called a friend, and scheduled a lunch date in town next Thursday, at the Vietnamese Restaurant on Commerce. 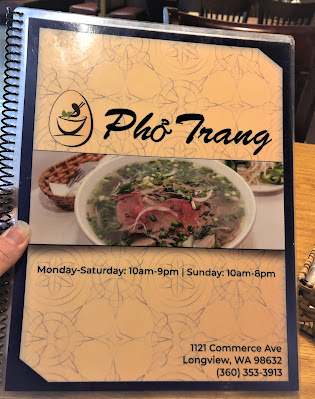 Then, I got my two delayed loads of laundry underway 😉

I did my physical exercises. 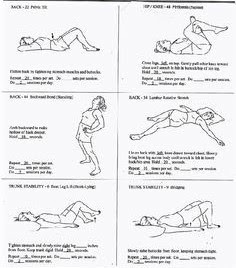 And worked a bit more on the boy themed baby blanket I am designing.

I would have had it done tonight ... but halfway through, I noticed it was not wide enough; and had to tear it all out and restart :-(

But the pattern is easy, so the progress is quick. The goal is to have it totally completed tomorrow. 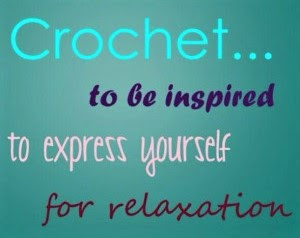 It was an enjoyable morning.

It’s been a busy/productive day. 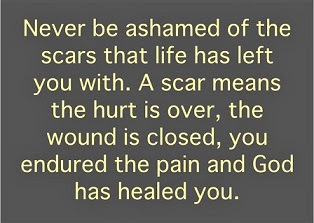 Hi! My Name is Valeria; and I live in the PNW. December 2021, I become an official Senior Citizen; but that doesn’t slow me down. Every day is a new experience – and I keep it real: you only get 1 shot at life. Since becoming a Widow, December of 2018, my Solo Lobo Life has been an unfolding work in progress. With the dawning of 2022, there will be 365 new days to live life to its fullness - and write new chapters in my new life. I post about anything & everything: I will do my best to keep you entertained ;-) I live my life for ME, if what I post can be helpful to others, I am glad. BUT, I post FOR me.

Word for the Week

Yeshua said: “Therefore do not worry about tomorrow, for tomorrow will worry about itself. Each day has enough trouble of its own.” (Matthew 6:34) 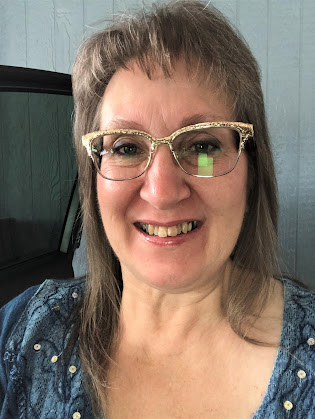 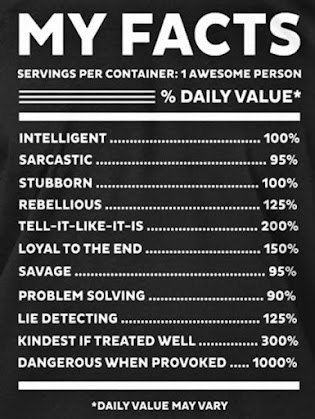