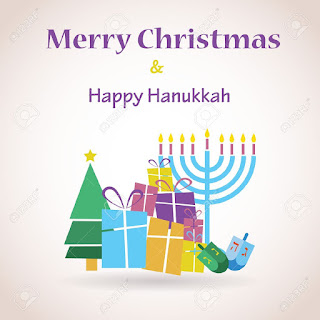 SHAME on the un and its arab cohorts

On Friday this “vote” was reported to have been “postponed indefinitely”. Instead, on Saturday, the arab owned and terrorist supporting u.n. propelled their agenda forward at turbo speed and decidedly voted on it: "Just in: The united nations security council voted Friday afternoon on a resolution demanding an end to Israeli settlements. The resolution passed with 14 votes for & 1 abstention (by US, which declined to use its veto in a parting shot at the government of Israeli Prime Minister Benjamin Netanyahu — and at Trump). Sustained applause in the UN chamber."

It is glaringly obvious that the u.n. is fully staffed with biased bigots who kiss arab and homosexual asses given as those are the ONLY special concessions they deem worthy of a “vote”; which is in actuality a judas kiss to the rest of the peoples and nations that dwell on this planet Earth.

It is ridiculous that the u.n. members (aka perching demons) should gather like vultures to dictate where Jews may, or may not, live in IN THIER OWN LAND. Particularly when it comes to declaring restrictions on Jews building homes in Judea, of all places, which has always belonged ot the Jews via the bloodline of Judah - an HISTORIC PRINCE OF ISRAEL. As usual, the u.n. is engaging in glaring antisemitism, which is no surprise given they have been bought with arab and terrorist supporting $$$$. And in opposition to barak hussain obama's hope to go down in History as "a uniter", that snake will instead go down in History as a bitter and pathetic failure. It will be to the everlasting shame of barak hussain obama that one of his final acts before his sorry ass is kicked out of the Oval Office, will be to abstain from blocking this latest disgusting display of international bigotry against Israel. Israel became a Nation in 1948 and since then has shown time and time again that it is willing to enter into talks with a view of ending the murderous terrorist arab conflict towards them, but the muslim arabs who claim to be the long-dead-and-non-existent-[palestinians], devise wicked plans based on fanastical heresay, an eternally doomed religion, continually refuse to go honorably and honestly to the negotiating table; they have always imposed numerous preconditions, specifically on the settlement question. It is lamentable that the bigoted u.n., instead of playing the role of honest broker, is taking sides

barak hussain obama is and always has been a traitor to America and incites appallingly antagonistic towards Israel. He and his partner, michael, vacation in Hawaii in a heavily guarded compound paid for by ‘reeducated” supporters he royally screwed and the secular Jews he hoodwinked. I have never been more ashamed of America that I am under the obamanite tyranny. January 20th cannot come soon enough for the world at large. muslim interloper – who has NO CLAIM at all to President of The USA -  barak hussain obama is evil and wickedly dangerous – and not in a good way either should anyone misunderstand the way I used the word wicked here.

Psalm 2:1-6: Why do the nations conspire and the peoples plot in vain? The kings of the earth rise up and the rulers band together against the Lord and against his anointed, saying, “Let us break their chains and throw off their shackles.” The One enthroned in heaven laughs; the Lord scoffs at them. He rebukes them in his anger and terrifies them in his wrath, saying, “I have installed my king on Zion, my holy mountain.”

President-elect Donald Trump has gone on record as stating: "I don't like the United Nations getting involved in the negotiation," Trump said. "This has to be a deal between the Palestinians and the Israelis. This has to be that. You can't force a deal down the throats of both but you know it will be a bad deal for Israel if they do that. So ... if the United Nations forces a deal, I would veto that deal immediately. As to the U.N., things will be different after Jan. 20th."

From Joel Rosenberg: "PLEASE PRAY -- On the eve of both Hanukkah and Christmas, President Obama has betrayed the US-Israel alliance by helping the nations of the world pass an anti-Israel resolution in the UN Security Council. Many anti-Israel resolutions have been proposed at the UNSC over the years, but previous American Presidents have always vetoed them. Now, with just days remaining in his presidency, mr obama has shown his true colors, his festering animosity towards the Jewish State, by abstaining -- rather than vetoing -- this incredibly biased, one-sided, counterproductive and potentially dangerous resolution. This resolution is unlikely to persuade the palestinian leadership to agree to begin serious direct talks to make a lasting peace but more likely will encourage them to try to get the un to force Israel to make dangerous concessions. I will write a detailed analysis on my blog in the days ahead. For now I ask you to 1) keep praying faithfully for the peace of Jerusalem; 2) to thank the God of Israel that He is sovereign and that He who watches over Israel neither sleeps nor slumbers (and thus not to worry); and 3) to pray for our next President and his team to have wisdom to repair this serious breach in the alliance. Thanks, and may the Lord bless you and your family this holiday season".

The obama era of weakness and compliance with foreign political correctness at the u.n. is about to come to an end on January 20th, 2017. My hope and prayer is that American’s (((WAKE UP!))) and take America and their sanity back from the creeping and very toxic crud the democrats and the obamanites have infected this nation and The People with. May Americans once again realize that their only hope rests with the G-d of Israel and the success of Israel despite the u.n.’s limited reach of power and it’s arab/arab supporting members. America only prospers as Israel prospers. Let us hope that President Trump, with the help of G-d Almighty, can overturn ALL of barak hussain obama’s terrible [laws] passed through the Oval Office instead of our Congress; and once and for all rectify obama’s and the u.n.’s disastrous action that took place on Saturday. Please Lord – let barak hussain obama’s name be scrubbed from the annals of History and let our Nation get back on track as Israel gains ground. Amen.
Posted by Val at 9:53 AM No comments:

Email ThisBlogThis!Share to TwitterShare to FacebookShare to Pinterest
Labels: antisemetic hatred in the un, bigoted un, SHAME on the un and its arab cohorts
Newer Posts Older Posts Home
Subscribe to: Posts (Atom)